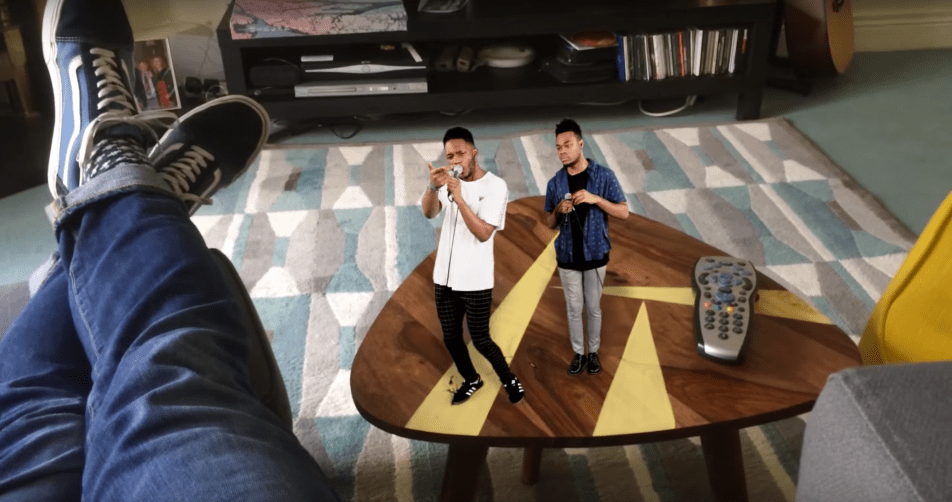 A startup team based in Ireland that includes some ex-musicians and fans of the potential inherent in augmented reality is building a company to essentially prove what Shakespeare wrote about all the world being a stage.

Firstage is the name of the company. Its app, currently in beta but available to download now on iOS and Android, lets musicians broadcast a kind of mini-gig, well, pretty much anywhere.

To do that, Firstage has been recording artists performing in front of a green screen. Users download the company’s app and print out a “stage” in the form of a small card that carries that company’s signature letter “F.” Hold the smartphone up to that, and presto — it looks like the musicians, albeit in miniature form, are right there playing just for you.

In tandem with the app-based virtual performance, the company has also been teaming up with places and events around its hometown of Dublin (think coffee shops and festivals) to offer performances for fans only viewable at a specific venue — or on a specific product’s packaging.

Says co-founder Neil Harrison, himself a former musician, Firstage isn’t meant to be a replacement — nor does the company have any illusions it ever could replace — acts needing to hit the road to get in front of fans. What it represents, instead, is one more way to reach fans where they are, and one more source of potential revenue at a time when… well, who really needs to be reminded anymore how comprehensively things have changed when it comes to making money in the music business?

Harrison, formerly a vocalist for the band Beat Antenna, met Firstage co-founder Keith Lawler (a former drummer for the band giveamanakick) while working at the Saatchi & Saatchi advertising agency in Dubai. Their marketing work, plus seeing first-hand how tough it is for a working musician to make a living, convinced them to try to build something together.

Harrison and Lawler don’t perform themselves anymore (“This is keeping us away from the leather trousers in our wardrobes). But they’re still close enough to the musician’s life that it meant something to them to try to improve it.