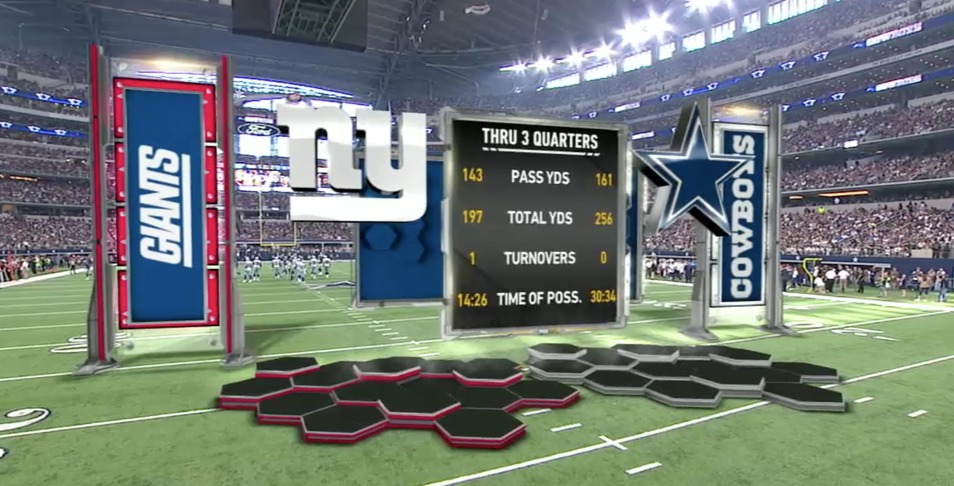 As a tech nerd and a New York Giants fan, I couldn’t help but geek out during the recent Giants-Cowboys game. Fox Sports debuted a new kind of augmented-reality graphics package that placed a massively tall scoreboard on the field in 3D and then later added a larger-than-life quarterback comparison.

As the aerial Skycam moved forward, the perspective changed as I watched my TV, allowing me to peek around the side of a digital Eli Manning and then literally move through the graphics to see the live action. I’ve never seen anything like it before, because it had never been done before.

According to Michael Davies, senior vice president of field and technical operations for Fox Sports, this is just the beginning of what’s possible with AR graphics. And the source of his and his team’s inspiration is clear.
The key to the new AR graphics package is the Skycam, which provides the quintessential video-game-like view that’s piloted above the field and sits right behind the play. Last year, Fox Sports used the Skycam to debut a virtual 1st-and-10 line from above, and now it’s working with three vendors — Skycam, Sportvision and Vizrt — to show other types of augmented reality and 3D graphics on the field.